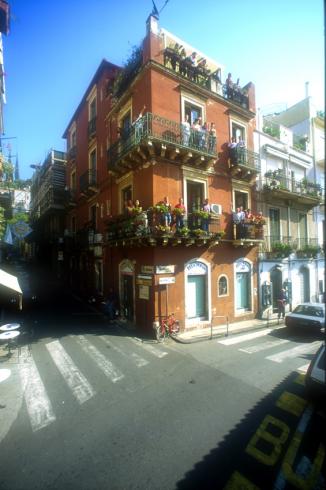 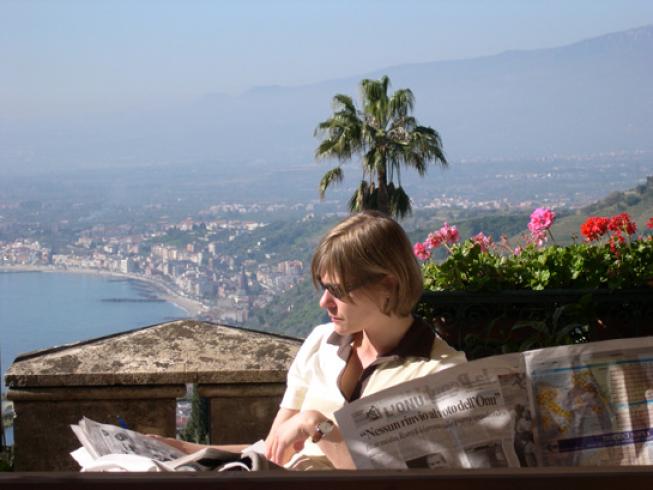 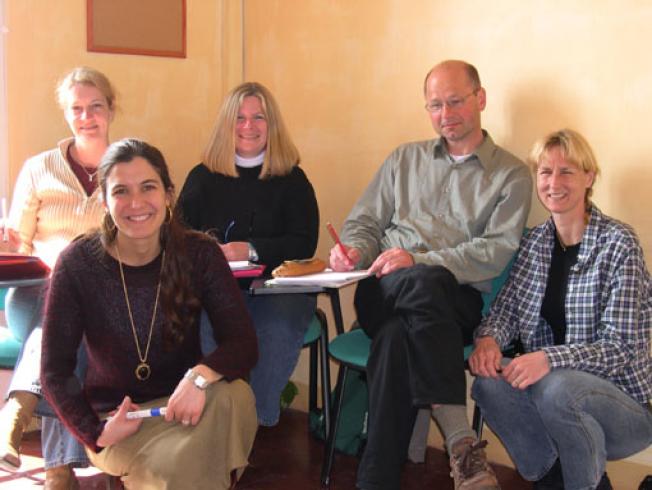 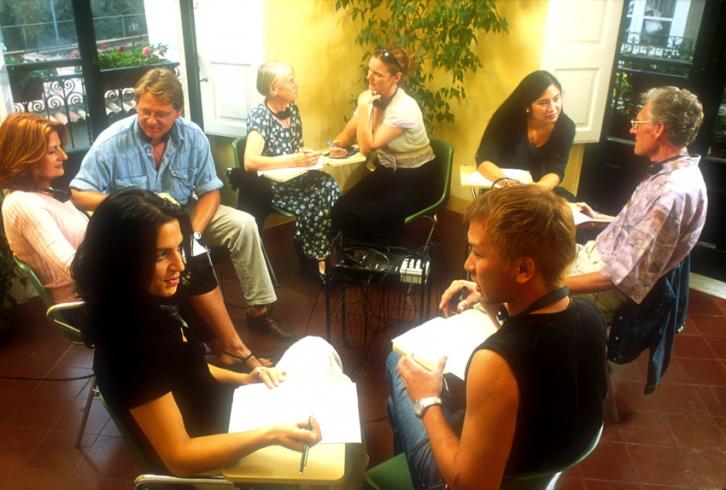 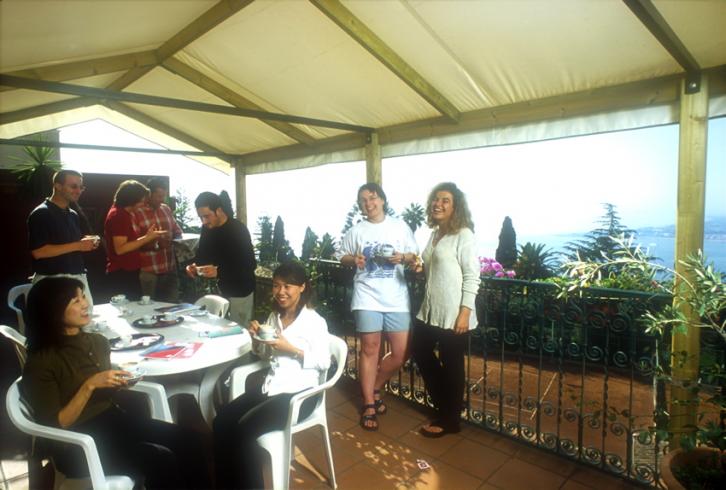 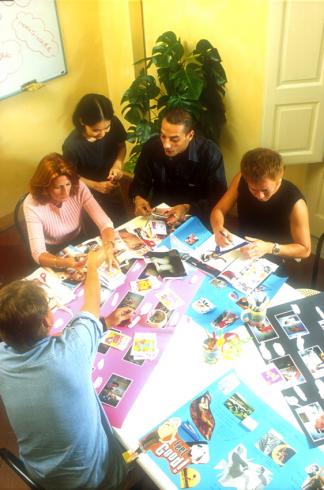 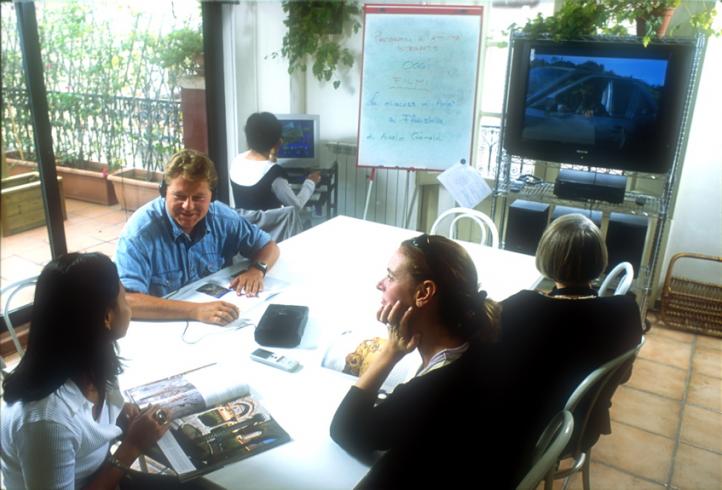 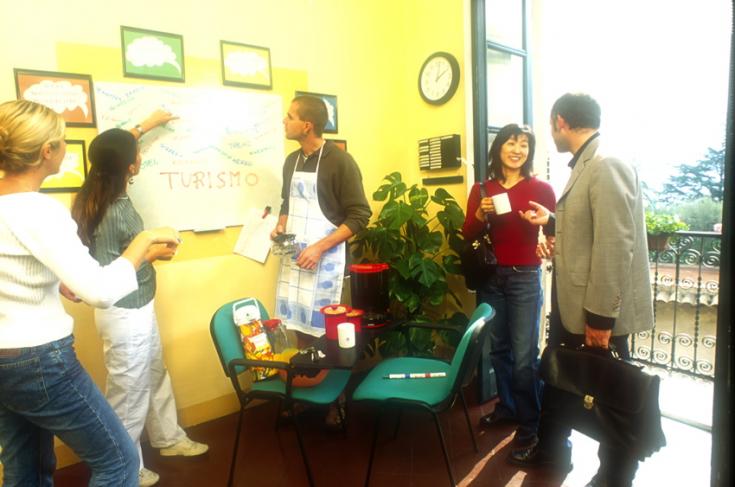 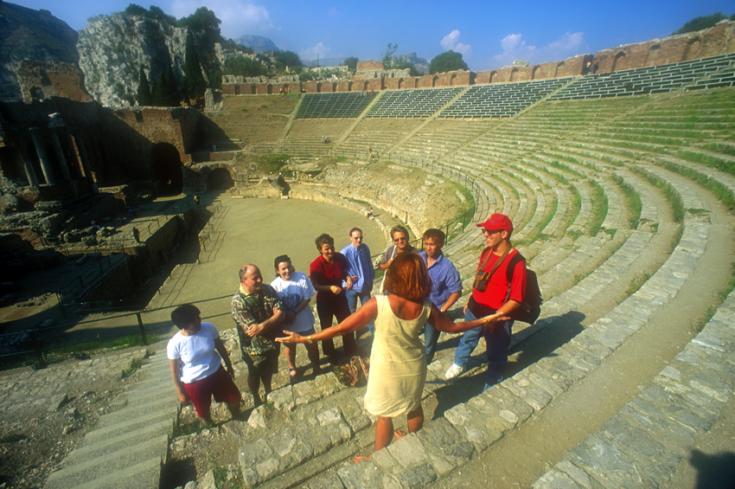 Babilonia language school is located at the heart of Taormina, one of the most popular cities of Sicily. Taormina is situated on the Monte Tauro, above the bay of Naxos. The school enjoys a spectacular view  on the magnificent azure-blue bay with mount Etna smoking in the background. The school is located in a 4 storey building dating back to the 19th century. The language center is surrounded by public tennis courts and public parks overlooking the Ionian sea and the volcano. The terrace and the lounge of the school also offer great view of the city.